SHS English teacher Tamara Carty was awarded the Golden Apple Award on Friday, February 3rd.   The Golden Apple Award honors those who believe in the true spirit of teaching by making classrooms a fun and safe place of learning.    It is sponsored by NBC 10, The Rhode Island Department of Education and Hasbro.  SHS junior John Hindley nominated Ms. Carty for the award.  NBC 10 will air the award on March 1, 2012 on the 6 pm newscast. 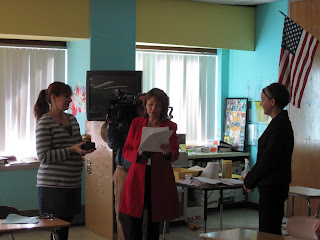 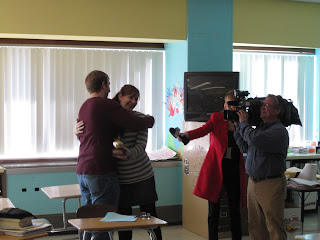 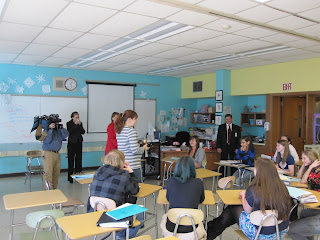